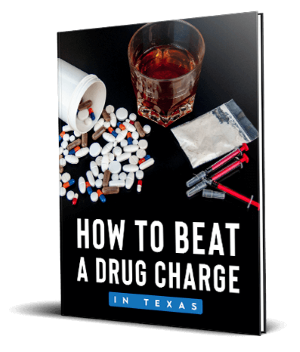 How To Beat A Possession of Prescription Drugs Charge: A Former Prosecutor Explains! (2022)

Have you been arrested and charged with Possession of prescription drugs in Fort Worth or a surrounding city in Tarrant County, Texas? If so, you need an experienced and aggressive drug possession lawyer with a proven track record of obtaining favorable results in the courts of Tarrant County, Texas and other courts in the North Texas area.

Possession of prescription drugs or a controlled substance can result in misdemeanor or felony charges against you if you do not have a valid prescription for them.

Many people look down on someone who has been charged with the crime of drug possession. They immediately assume that they are a bad person or have a drug addiction. However, possession of a controlled substance that is a prescription drug is a crime that happens to good people every day.

For example: we see people that have been through a terrible car accident or medical issues that live in constant pain trying to continue living productively by taking medication to ease their suffering. In the process of this happening, they build up a resistance to the medication and become desperate to ease their pain. Even something as innocent as a friend giving you a couple of Vicodin that were prescribed to them, for you to use in an instance of having some severe pain yourself, can result in you being charged for possession.

If you have been arrested for possession of prescription drugs, it is extremely important to retain the services of an experienced controlled substance charge lawyer. If you are a first-time drug offender, you do not deserve to be treated like a felon or a seasoned criminal.

The penalties for possession and trafficking of prescription drugs are the same as for other controlled substances. If convicted, the sentence you will receive depends on the specific drug and the amount of it you allegedly possessed.

Texas has some of the harshest penalties for prescription drug possession in the U.S. You could be facing many years in prison for possession of just a few pills.

Is It Illegal To Possess Prescription Drugs In Texas?

Yes, if you do not have a valid prescription in your name.

Under Texas Controlled Substances Act, it is illegal to intentionally or knowingly exercise care, custody or control over prescription medication labeled under a Penalty Group designated under Texas drug laws. In other words, if you are in possession of a controlled substance that is a prescription medication and you do not have a valid prescription from a licensed medical provider, you have committed a crime that will result in your arrest and possible jail time and a tainted criminal record.

Texas Health and Safety Code, Section 481 et seq., lists four separate penalty groups (PG) for controlled substances.  The most common prescription drugs fall into one of these groups. Group 1 carries the most severe penalty. Group four is the most lenient.

Possession of a Controlled Substance – Penalty Group One (PG-1)

Prescription drugs in this group include:

Penalties for Possession of a Controlled Substance Penalty Group One are:

Drugs in this group include:

Drugs in this group include:

Penalties for possession of a controlled substance penalty group four weighing heavier amounts are the same as the penalties for PG-3 violations listed above.

If are arrested and charged with possession of a controlled substance and the police allege that the offense occurred in a school zone or a weapon was involved, penalties can be enhanced one level higher. For example, if you are arrested for possession of a controlled substance under 1 gram in a school zone, you will be charged with a 3rd degree felony, rather than a state jail felony because the charge will be enhanced to the higher punishment range due to the school zone facts. Additionally, if you have prior felony convictions, Texas criminal law allows the district attorney’s office to increase the penalty that otherwise would have been imposed.

Defenses for Possession of Prescription Drugs in Texas

If you have been arrested and charged with possession of a controlled substance in Fort Worth or the North Texas area, your number one priority should be to hire the best drug possession attorney in Fort Worth to assist you in getting your drug case dismissed. After retaining your criminal defense attorney, you should educate yourself on Texas drug laws as it relates to possible criminal defenses available to you to help get your drug possession case dismissed. Let us examine a few common defenses that have been successful with The Hampton Law Firm

State Of Texas Can Not Prove “Possession”

Under Texas drug laws, the State of Texas must prove beyond a reasonable doubt that you intentionally or knowingly exercised care, custody or control over the prescription drug. Failure to prove the element of “possession” will result in a not guilty verdict or dismissal of the drug charges.

What if you did not have physical possession of the drugs? Can you still be in “possession” of the drugs? Technically, under Texas drug laws, yes. For example, what if you are in a car with three other people and drugs are found in the car. How will the police decide who is in “possession” of the prescription drugs? One way they will make the assessment is to see if the drugs were within the “wingspan” of where you were sitting. If you were sitting in the front passenger seat and the drugs were found under your seat, the police will believe you exercised control over the drugs because the drugs were within your wingspan. The further your physical body is from the drugs, the more difficult it is for the prosecutor to prove possession.

Effectively using the winning defense of failing to prove “possession” will depend greatly upon the skill of your criminal attorney. Your drug possession lawyer must gain access to the police reports and digital media evidence and analyze the facts of the case to determine what evidence can be used to create reasonable doubt regarding the element of “possession.”

In addition to proving “possession,” the prosecutor must also prove beyond a reasonable doubt that you intentionally or knowingly exercised care, custody or control over the prescription drugs. What if you had prescription drugs in your possession but had no knowledge of it?

For example: we represented a client who was pulled over for suspicion of DWI and the police officer searched her purse and her car. After searching her car, they found a few pills that turned out to be Xanax. They attempted to question her about the prescription drugs and she denied any knowledge of the drugs being in her car. She was subsequently charged with possession of a controlled substance – penalty group 3. After interviewing our client, we learned that she had been hanging out with a friend of hers that had a prescription for Xanax and had inadvertently left the pills in her car. We were able to meet up with the witness and obtain a written statement from her outlining our client had no “criminal intent” to possess the Xanax. Although our client did technically exercise care, custody or control over the drugs, she did so unintentionally. This assisted us in helping her get her possession of prescription drug case dismissed.

This example also illustrates the importance of being careful about conversations you have with the police or detectives. In this instance, the police accurately reflected what our client said regarding her innocence and lack of knowledge regarding the incident. However, what if the client had been misunderstood or misinterpreted by the detective? What if they had written down the information incorrectly or manipulated the information?

You have a right to remain silent and you are not required to answer the police officer’s questions when he is interrogating. Furthermore, you have the right to retain a criminal attorney to do the talking for you and protect you from being misinterpreted or manipulated. Everything your criminal defenese attorney says on your behalf is categorized as hearsay and can not be used against you in court. However, everything you say can and will be used against you! You have rights – Exercise Them!!

Even in situations where you feel like you haven’t committed a crime and were merely trying to alleviate some pain or anxiety, the courts will see it as possession and charge you accordingly.  Don’t give up one minute of your freedom for an innocent mistake by trying to fight the charges alone.

Contact an aggressive prescription drug defense attorney right away if you have been charged with possession of a controlled substance without a prescription.

The Hampton Law Firm will fight diligently to ensure the best possible outcome for you, and your continued freedom. At The Hampton Law Firm, you have the opportunity to work with a criminal defense team of former prosecutors with over 85 years of criminal law experience and over 550 criminal jury trials in Tarrant County and the courts of North Texas. Call now for a free consultation at 817-877-5200

Fort Worth Criminal Defense Attorney, Jeff Hampton, may be able to get your charges reduced or dismissed, or he could win you an acquittal in a court of law. The less time he has to study the facts of your case and develop a strong defense, though, the lower your chances are of that happening. Do not delay. Contact our office today for a free initial consultation and learn what options are available to you. All you have to do to get started is fill out our easy online case review form, call us at (817) 877-5200.