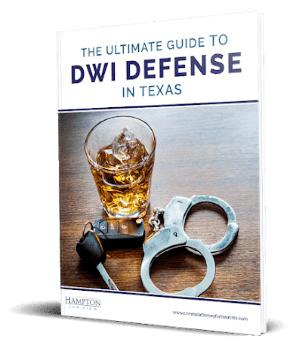 Intoxication Manslaughter Charges are Serious. Let us Help You.

Were you involved in a car accident and in the midst of the confusion in the aftermath, charged with intoxication manslaughter? Few things are more frightening than being involved in an automobile accident. However, if you’ve been drinking and were involved in an accident, you know you’re likely to be facing DWI charges and be liable for punitive damages in addition to criminal punishment for injuries and damage to the other person’s vehicle.

Unlike other types of suspected DWI charges, if you’re involved in a fatal accident, law enforcement can use force if necessary to get blood work to use as evidence as proof you were intoxicated. It’s unlikely they will allow you to refuse; even after you’ve requested to exercise your rights to contact an attorney. Texas Penal Code, Sec. 49.08 Intoxication Manslaughter, provides specific guidance for indicting the driver suspected of causing someone’s death in a drunk driving accident, fatal BWI (intoxicated boat operator) accident, or plane crash where the pilot is suspected of flying while intoxicated. Intoxication manslaughter is a second-degree felony in Texas, one step below homicide.

It’s also important to note you could be facing intoxication manslaughter charges if you are operating an amusement ride, airplane or boat as well as a vehicle while intoxicated in Texas. All of these charges could that results in someone losing their life, which is why the punishment range is so severe. An intoxication manslaughter lawyer can help build your defense and fight for your innocence if you were wrongly accused or set up.

When you’re operating a motor vehicle under the influence of alcohol and are involved in an accident, sometimes there is more than one victim. Even if a second victim didn’t lose their life, you could be facing enhanced charges including DUI causing injury, which could mean a longer jail sentence if you are convicted.

If multiple charges are lodged against you and you’re found guilty, any jail sentences could run consecutively.

What Does a Prosecutor Have to Prove for an Intoxication Manslaughter Conviction in Texas?

In Texas, a prosecutor must prove beyond any reasonable doubt that someone arrested for intoxication manslaughter was responsible for another person’s death in order for a conviction to occur. While this may seem cut and dry; in the courtroom nothing is ever black and white. Prosecutors must prove that the person died as a result of the injuries sustained in the accident; this may be more challenging to prove if the person lived through the accident and died later.

The prosecutor has a high burden of proof; “A person is criminally responsible if the result would not have occurred but for his conduct, operating either alone or concurrently with another cause, unless the concurrent cause was clearly sufficient to produce the result and the conduct of the actor clearly insufficient,” according to Texas Penal Code Annotated § 6.04(a).

Proof is presented as evidence, which can be obtained by law enforcement officers testifying in court. In addition to investigating your actions prior to the accident, the officer may also testify to:

There are several possible defenses for intoxication manslaughter cases in the State of Texas. One possible defense is that the driver who caused the accident feared for their life and fled a dangerous situation before the crash took place.

Another possible defense could be that the driver charged with the crime was a victim of involuntary intoxication. If you were drugged before the car accident, that means you were impaired without your direct knowledge and is a strong defense.

A different defense could be that you were not the person driving the car when it crashed because it was stolen or borrowed by someone else.

Remember, an experienced intoxication manslaughter defense attorney will need to know all of the circumstances surrounding your actions before, during and after the accident in order to mount the best possible defense.

Penalties for Intoxication Manslaughter in Texas

Because intoxication manslaughter is considered a second-degree felony under Texas law, those found guilty will be facing jail time of up to 20 years. The minimum jail time is two years; additionally, the guilty person may also be assessed a fine of up to $10,000.

Anytime you’re involved in a car accident that involves alcohol, you need to reach out to a defense lawyer for DWI and intoxication manslaughter charges immediately. This is even more important if one or more victims is seriously injured or loses their life.  Don’t take chances with your freedom; contact Jeff Hampton immediately at 817-435-2909 now to discuss your case. Do not speak to law enforcement officers unless you have your attorney present.